“The time has come for a new dream. That’s what being a revolutionary is. I don’t know what the next American revolution is going to be like, but you might be able to imagine it if your imagination were rich enough.”
– Grace Lee Boggs

Film has a unique way of bringing people together to provide a common context to discuss pressing issues and concerns that affect our lives every day. Last Thursday evening, over one hundred people gathered at the Oakland Asian Cultural Center (OACC) to watch the documentary American Revolutionary: The Evolution of Grace Lee Boggs by Grace Lee. Active Voice co-hosted this event with OACC, the Center for Asian  American Media (CAAM), POV, The Greenlining Institute, and The World Café. The goal of the screening was not just to offer a free screening—the film premieres on PBS’ POV series next Monday June 30th—but also to spark cross-issue collaboration, where activists who focus on different issues can see the benefits of working together, increasing connections, and supporting each others’ work. Drawing from the perspectives of the various co-sponsoring organizations, the event was geared toward channeling the post-screening energy toward conversations that support critical thinking, personal reflection, and community building. Encountering the revolutionary vision of Grace Lee Boggs is the kind of event that transforms you. American Revolutionary is the story of the 99-year-old Chinese American writer, philosopher and Detroit activist whose vision of revolution ha 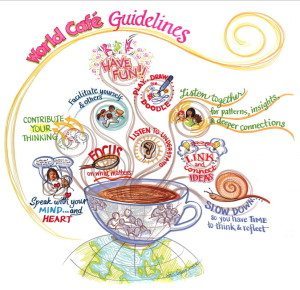 s inspired many generations. Rooted in the African American movement in Detroit for more than 70 years, Boggs has devoted her life to developing an understanding of “revolution” that brings together the contradictions of America’s past with its potentially radical future. This film plunges us into Boggs’s lifetime of vital thinking and action, traversing the major U.S. social movements of the last century—from labor to civil rights, to Black Power, feminism, the Asian American and environmental justice movements and beyond. Director Grace Lee unfolds these histories and philosophies with humor and attentive detail, while presenting an intimate portrait of Boggs—so much so that you feel like you’ve actually been in conversation with her.

And in fact, conversation and dialogue was at the heart of both the film and this preview screening. In the film, Boggs urges us that we need to spend more time reflecting, and that new ideas are born out of conversation. Active Voice has worked with local partners and experienced dialogue experts from World Café to design the events so that attendees can experience this first-hand. Thursday’s event was the first of three modeled in this particular way. Two other screenings and dialogues are this week on Tuesday, June 24th in New York City, hosted by The Malcom X and D 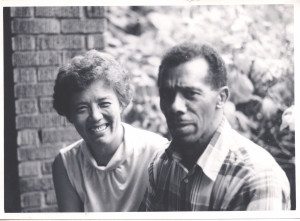 Thursday’s event at OACC, located in the heart of Oakland’s Chinatown, drew a cross-generational crowd of people working on a multitude of community issues. All came with an interest in the film, and the dialogue that followed, facilitated by World Café’s Cherine Badawi, encouraged attendees to speak candidly about their reactions to the film as well as the work they are doing locally. Pomona College student Emily Carpenter from Generation Waking Up performed a poem about borders and inequality, further infusing the energy from the film into the room itself. The audience was split into small groups for discussion, creating a unique level of intimacy among people who’d just met for the first time, responding together to questions like: what conversation, if explored together, would make the biggest difference to our community?

In my small gr 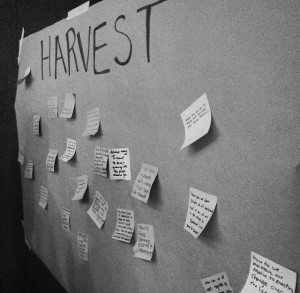 oup, we huddled together at a table in the low light, jazz playing in the background through the speakers. Brown butcher paper lined the tables, with paper cups filled with markers on every table, and we were encouraged to doodle and draw and be inspired by the conversations. At my table, a Berkeley undergrad discussed his commitment to public education and broadening the access to Asian American narratives in curriculum. A Greenlining Institute staff member talked about his organization’s racial justice policy work. A woman who works at the Oakland Museum of California told us about what’s currently on display and how the museum’s commitment to community and accessibility continue to drive them forward. And one woman discussed how her own activism in the 1960s has shaped her life experiences. At the end, we were given post-it notes to write our takeaways and ask a question we wanted to carry on thinking about and talking about. It was a unique conversation, primed by the moving story we’d just watched, that would not have happ ened in any other context.

In a time when important work can get trapped within issue silos, American Revolutionary is a great film to spark meaningful conversations, and this event provided space to do just that. Just as Grace Lee Boggs says in the film, that “we are the leaders we are looking for,” dialogue like this helps us grow, embrace and sustain ourselves—and our communities.

Written by Program & Communications Coordinator Nicole Wong. This post was originally published for the Center for Asian American Media (CAAM).