From Prenups to “Postnups”: Where a Funding Guru Sees Opportunity in an Era of Engagement

Morrie Warshawski works with nonprofits, especially arts and culture groups, to create roadmaps to a better future through strategic planning.  He was the Executive Director of two media arts centers (Bay Area Video Coalition and the Northwest Media Project) and has consulted with dozens of independent filmmakers on matters of career development.  His practice has included work with state and regional government agencies, foundations, the President’s Commission on the Arts and the Humanities, and numerous nonprofit organizations throughout the US.  He is the author of many articles, and of two books, Shaking The Money Tree: The Art of Getting Grants and Donations for Film and Video (a new 3rd edition will appear in January 2010, Wiese Books, LA) and The Fundraising Houseparty- 2nd Edition.  Visit www.warshawski.com. 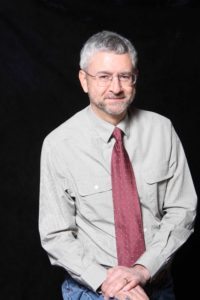 You’ve been called a “guru” of fundraising for films. How did you develop that expertise?

I am a little embarrassed by the title! Especially since I had no formal training to prepare me for this role.  I started my professional career as a teacher/writer after attending the Graduate Writers’ Workshop in Poetry at the University of Iowa.  Through a bit of serendipity one summer while teaching at the University of Southern California, I was invited to be an intern at the National Endowment for the Arts.  However, instead of working with the literature program I was assigned to the Artists in the Schools/Dancers in the Schools Program, which changed my life.  After that my wife and I moved to Portland, Oregon where I worked as the Managing Director of the Portland Dance Theater.  That’s where I had my first fundraising experience – a trial by fire pulling the company out of a deficit that the Board had conveniently failed to mention during my interviews!  It’s the best way to learn about fundraising, though a little hair-raising.  My next two jobs were with media centers – the Northwest Media Project, and Bay Area Video Coalition.  In both of those jobs I was doing a tremendous amount of fundraising to keep the organizations alive, and at the same time I was consulting with independent filmmakers on how they could raise funds for their films.  I was often learning more from them than they were from me.  It was this sum of experience that led me to write the first edition of Shaking the Money Tree: The Art of Getting Grants and Donations for Film and Video.  My hope was that the book would answer all the questions a filmmaker might have and that they wouldn’t have to call me anymore!  I think the “guru” moniker really has more to do with my demeanor than with my expertise; and the fact that I tell filmmakers the single most powerful thing they can do to get better at fundraising is to raise their level of self-awareness.

How has the emergence of “engaged philanthropy” changed the dynamics of the funding process? Has it also changed the filmmaking process? What opportunities do you see in this era of engagement?

I am very excited by this new era of engagement.  It is a bit of a double-edged sword, but the upsides far outweigh the downsides.  Keep in mind that this level of engagement has increased along the full spectrum of funding – from the very large foundation 3,000 miles away writing a check for $1 million, to the individual donor personally handing over a 20 dollar bill to the filmmaker at a house party.  The major shift I see in attitude is that smart filmmakers are dropkicking the word “audience” out of their vocabulary, and adopting a much more powerful concept – “community.”  Filmmakers used to make a film and then present it to an audience.  Now, you are enfolding a community with the film from the very start.  Sometimes the community gets involved in the actual production and content of the film (as with Michael Gibson’s 24 Hours on Craigslist).  What is more important is that donors now see the act of giving to a film as the beginning of a dynamic relationship.  They want to help make the film a success.  On an institutional level, they might not even be calling their participation either a “grant” or a “donation” anymore, but rather an investment where the funder hopes, but doesn’t expect, to recoup some funds.  In the case of some funders, like the Independent Television Service (ITVS), accepting their support also means a partnership on many levels, including distribution and marketing.   On the individual donor level, people become avid fans and advocates for the filmmaker and the film.  This is where the power of social networking can come into play.  This new community of supporters not only helps the filmmaker find more money, they also begin to generate buzz for the work before it’s released, and then when it goes into distribution they are an army that helps keep it alive and healthy in the world.

You’re spending this summer on the road teaching workshops about getting grants and donations. Who is attending them? Are there common themes in what attendees are looking to learn, their frustrations, their experiences?

I just returned from teaching an all-day workshop to filmmakers in New York hosted by Shooting People and Downtown Community Television.  The mix included very young filmmakers, some still in school, to some very seasoned and experienced filmmakers over 60, and everything in between.  Most of them are making social issue documentaries running the gamut from the Israel-Palestinian conflict to HIV and AIDS, doggie wheelchairs, Iraqi sexual assault victims, an aging jazz guitarist, and dancer/choreographer Karole Armitage.  A few are narrative feature filmmakers, and just one or two are doing very personal short-form works that are hard to categorize.  This would be a fairly typical mix for one of my workshops.  The major thing they all want to learn is “How do I find the money for my film?!”  They want to know:

And, like many of us right now, they are very worried about the effects of the recession on their ability to find funds.

You have stressed that aside from foundations, individuals are often major funders of films. Do filmmakers have a good understanding of what defines a “funder”? How well-versed does a filmmaker need to be in the world of funding to succeed in attracting support?

Yes, I am a big proponent of going directly to individuals for support.  For as long as there have been records on giving in the US, donations from individuals have always exceeded 80% of the total amount of giving from all sources to all types of nonprofit endeavors.  I have not seen the figures for independent filmmaking.  But, what I see is that where once-upon-a-time filmmakers were heavily dependent on getting grants from foundations and government agencies, they are now much more diversified in their approach to raising money and they have dramatically broadened their understanding of the term “funder.”  With respect to how well-versed the filmmaker needs to be in the world of funding in order to be successful, the answer is, the more well-versed the better!  It’s possible to be a complete novice who has a great deal of luck and bumps into some money through happy accidents.  But, the environment for raising money has gotten more diverse, and geometrically more competitive over the years.  The upside is that there are many more avenues for funding now than ever before. This is also a downside, because every funding source (grants, individual donations, social networking, etc.) requires a different dance with slightly – and sometimes dramatically – different steps.  Filmmakers are being pulled in many directions.  They have to work harder and smarter than their colleagues ever had to.  It’s one reason I’ve been pushing the notion of “interdependence” rather than “independence” and counseling all of my clients to surround themselves with teams.

As a consultant and facilitator, what are common pitfalls you’ve witnessed in the funder/filmmaker relationship? How can a “prenup” make a difference?

A “prenup” can make all the difference.  If I could, I’d wave a wand and force every funding relationship to begin with some form of the Prenups.  The document you have created presents a very accurate portrayal of the common pitfalls that I’ve witnessed between funders and filmmakers – misunderstandings about ownership, false assumptions about the extent of the funder’s role, lack of full disclosure about timelines for completion, and no formal mechanism for resolving disputes.  One major difference a prenup makes is that it forces the two parties to talk!  Many filmmakers have some trepidation about talking with funders because of the imbalance of power between them.  Filmmakers are afraid they might lose support by asking the wrong questions or being too insistent on certain terms.  The prenup puts everything on the table and forces a healthy and constructive conversation.  The whole viability of the long-term relationship between funder and filmmaker will rest on a system of healthy, open, and consistent communication.  Both parties need to push for and nourish this type of communication before, during, and after completion of the film.  Maybe it’s time to create a “postnup” too?!