Getting Engaged – What Funders and Filmmakers See in Long Term Commitments

Kevin Bolduc is the Vice President of Assessment Tools at the Center for Effective Philanthropy (CEP). CEP’s mission is to provide data and create insight so philanthropic funders can better define, assess, and improve their effectiveness and impact. Visit www.effectivephilanthropy.org. 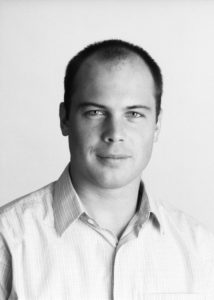 How did you get involved in the Center for Effective Philanthropy?

I’ve been with CEP since its founding in 2001. For me, CEP raised a fascinating conundrum, which is how does a funding organization determine whether it’s effective—considering that it exists outside of any sort of competitive dynamic, there hasn’t been a lot of research done, there are big power dynamics between grantmakers and grant-seekers, and there isn’t any formalized funding market. So we help funders define, assess and improve their work. We provide data and insight to aid them in answering the simple—but difficult—question, “How are we doing?”

How do you do that? It sounds pretty scientific.

Our theory of change is that, in order to be effective funders need clear goals, coherent and well-implemented strategies, and relevant performance indicators. We bring quantitative metrics and theories to philanthropy, but it is still an art. There are aspects of grantmaking that are all about relationships, trust, fairness, faith, and communication beyond what is explicitly written down. That’s how I think the Prenups can help—they create a structure for funders and filmmakers to communicate about these more slippery issues. By communicating, funders can meet their social impact goals, and filmmakers can meet their artistic goals.

I suspect that a lot of filmmakers would want funders to hand over the money and let them have their independence.

Our research suggests otherwise. We’ve surveyed tens of thousands of grantees who have received money from of all kinds of funders in every field, all around the country. They want engaged relationships with funders. According to our research, the top three indicators of grantee satisfaction are that the funder has expertise in the field, has high-quality relations with grantees—they’re responsive and approachable—and that there’s a clarity and consistency of communications. There are limits to the kind of involvement grantees want from funders, of course. But the more clearly you as a grantee understand what the funder wants to accomplish and how you fit into that, the less they have to “manage” you. It makes for a more fair and honest interaction with the grantmaker.

One of the main ways that grantees communicate with funders is through interim or final reports. What does your research say about reporting?

Our data suggest that the vast amount of reporting on a grant—no matter the size of the grant—takes an average of about 10 hours per year. It may be different with filmmakers, I don’t know. Granted, that adds up if you’re supported by numerous funders. Grantees tell us that the real pain that’s associated with reporting is that it’s boring and mundane. And one reason why reports are so frustrating for grant recipients is that it’s often unclear how they reports are used—it’s like they’re sent off into the void! The most powerful thing a funder can do is to have a conversation with the grantee about what they said in their report—so the funder can help the grantee with strategic planning, referrals or other resources to deal with the challenges they’re facing.

Certainly. If more foundations worked with filmmakers, they might learn how better to communicate about what their other grantees are doing, and about their own programs, goals, and strategies. Grantees are the folks doing the work, but foundations learn in the process. They can identify big issues and look across a field and think through new strategies and solutions. So we as a society benefit from learning what foundations do. But the fact is, most foundations have not been very good at communicating about their work. Most people can’t even name a single foundation, let alone describe examples of contributions foundations have made to society. Successful filmmakers are media professionals, they know how to touch a core with a film audience. And so foundations have a lot to learn from them about how to communicate. If the Prenups can help foster those kind of relationships, then all the better.