Bruce S. Trachtenberg was the Executive Director of the Communications Network, a nonprofit that provides resources, guidance and leadership to advance the strategic practice of communications in philanthropy. He has more than 30 years of experience in journalism, business and foundation communications, and nonprofit management. During his career, he has worked as a general assignment and sports reporter; held communications positions in the banking, forest products, and technology industries; served in senior management at two national grantmaking foundations; and helped launch an online magazine. Visit www.comnetwork.org. 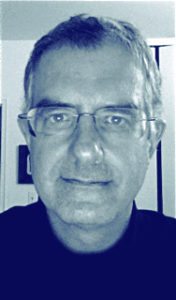 The Communications Network, which you direct, serves communications experts who work for foundations. How do you think films fit into an overall strategy to maximize a message?

To me the form communications activities take are secondary to what the organization is trying to accomplish.  Or as friend said to me the other day, “It’s not about the how but the why that matters most.”  Clearly there are times when film makes sense – either as the driver of the project or a piece of it.  And in those instances, it’s key for communications staff to have a voice in helping shape – to the degree possible – the content, i.e. the message, as well as serving the overall purpose.

As an example, about a year ago the Peter G. Peterson Foundation – just a few months after it opened its doors – released a film called I.O.U.S.A. The film was used to highlight the foundation’s key areas of focus, specifically that America is living beyond its means and the resulting debt is threatening both present and future generations.  As part of the film’s release, the foundation scheduled showings at town hall meetings around the country, and it was later featured on CNN.  Between attention for the film itself and attention to the message in it, the foundation very quickly took “ownership” of an issue core to its work  and effectively “branded” itself.

Is there something about film that makes it particularly useful for that kind of branding? How do you feel about the use of documentary as a communications tool?

Film is a unique form of communication. It works on levels different than others.  Watching a film is usually a group experience that brings people together at the same time. A great film touches your emotions in ways that no presentation of facts, figures and charts, or even stories told out loud, do.

I also believe that the act of making a film is a statement in itself.  The fact that somebody thought something was worth making a film about gets people thinking that it must be an important topic or issue.  And the ability these days to couple a film with other activities meant to futher inform people or compel them to action – such as producing a companion website, creating online discussions – helps create another level of excitement and awareness.

As I mentioned, viewing film is a group experience that adds to its power to communicate. Ironically, while there are unlimited ways to connect today through the many emerging forms of social media, and they create the feeling of being in a group, people are not physically together in the same place at the same time.  Being physically together allows people to say to each other, in the moment, “Wow, what did you think?” – and then build on it. You can get a conversation going right at that moment and then channel that energy into a set of follow-up activities. It’s one thing to get people to pay attention to or notice your message. But it’s so much more important to get people to act on what they see and hear.

As a communications expert, how do you recommend reaching a large base and mobilizing people?

It really depends on the specifics of the activity. It depends on the project, your understanding of the audience, etc. The first question is, which strategies make the most sense – and those have to flow from the overall goal. Once you know that, the tactics follow. Do you do launch an e-mail campaign, do you invest in media relations, do your grantees launch a public service campaign, do you set up a bunch of town hall meetings? You start with a backwards analysis – tell me the end goal, and then we can figure out how to get there.

One of the bigger challenges these days is how to truly reach people.  There are so many competing forms of communication – traditional print and broadcast, and exploding forms of social media and online outlets. As a result it requires more experimenting than ever before. It’s not like it was 10 or 15 years ago, when there was a predictable pattern to what people were doing at particular times, so you’d know how to find them and the best ways to reach them. Back then you knew the media they were consuming with some regularity – a certain percentage would be watching television at a certain hour, everybody would be reading newspapers in the morning – and they weren’t being distracted by all this other social media. Still, for all the things yet unknown about the power of social media, it clearly offers opportunities to engage people in ways you couldn’t even begin to imagine even just a few years ago. I’ve seen interesting examples of people doing just texting campaigns. I had a discussion a couple weeks ago with a colleague whose foundation is starting to create more mobile web content because more people are reading off of their BlackBerries and iPhones – the same foundation is also making an iPhone application. It’s about adapting.  The way we communicate is changing minute by minute.  There are no certainties about what works, but there are also great opportunities to learn about what works and under what circumstances.

Roles are changing, too. We’ve learned that some communications staff who work with foundations are becoming more involved in media production, sometimes even working closely with program staff. Is this a good thing? What are the challenges? You must observe some identity confusion.

Well, all you have to do is look around to see how fast things are changing. Sometimes it’s hard to distinguish what falls under communications and what’s a program activity.  In some cases it’s neither – but instead some sort of hybrid. In the old days, there were things that were clear communications vehicles, like the annual reports and the press releases, and the “institutional” films, if you will. Now you’re getting into projects that use smart communications strategies to deliver the content – and sometimes content is almost like program itself. I’ve seen examples of foundations that have taken content from documents they routinely publish – on topics ranging from improving health care to creating quality after-school time – and developed companion websites dedicated to delivering information on those topics. Many of these allow users to plug in their own data to produce reports or charts that show how their activities rank against others or compare with quality standards. From there, users can access information about how to make improvements, costs, staffing issues, etc.  That’s more than just informing people – that’s helping deliver change and social betterment.  Even if there is an ultimate program goal at the root of these activities, communications plays a side-by-side role in helping create and deliver the end product.  Communications staff help ensure whatever is delivered is useful and accessible, and they also take responsibility for promoting it and bringing it to the attention of people who would benefit most from knowing about it and using it.

Hybridization is happening in a lot of places where communications is involved, because the technology is driving changes that are forcing people to do their jobs differently, and maybe even expand their skills, and perhaps be more effective.

Given all this hybridization and merging, do you have new recommendations for navigating the relationships and partnerships between funders and grantees?

I know I’m repeating myself – but that’s what communicators do: stay on message.  It all comes down to what you are trying to do and over what period of time, who needs to be involved, and what resources are available. Effective partnerships are formed when all the parties involved are given the opportunities to do what they do best and in tandem with each other. A foundation I worked at years ago made a point of ensuring that its work always combined the efforts of its program, evaluation and communications staff and grantees as a way to strive for maximum impact. These weren’t add-on activities – it wasn’t a case of  program first making grants, then communications getting involved, and finally evaluation providing an assessment of the work.  Instead, from the design through the implementation stages and all else that followed, all groups worked together and applied their combined expertise to the work being done.

How does that happen with a film project?

A filmmaker has a vision which serves as the basis for the project. The foundation looks at it in light of its overall mission and what it is trying to accomplish.  If there’s a willingness from both the filmmaker and foundation to have a genuine conversation about what each can do in a partnership, and the full range of resources and activities that can be applied to the project, the end result could be more than a film. What began as a film project could possibly turn into a larger social change effort tied to specific goals and measurable outcomes.

You’ve mentioned the importance of having clear goals, but also the need for adaptation. How easy is it to adjust the direction of a project once it’s underway?

I don’t think it’s ever easy, but you have to be aware that changes outside the project might have an effect on the ultimate results. If you recognize that, you can see what the strengths are in what you’re already doing, and you might be able to find new opportunities in what’s changed. It’s a chance to remind yourself not to work in the abstract. These are real lives, real causes – and today, what’s different? Of course there’s still the added challenge of sifting through all this information and figuring out what’s real and what’s noise. But we are probably living more in the moment than we ever have in our history.

What’s the one piece of advice you give most to foundations? To nonprofits?

Be sure to answer these questions before you start any work:  “Do you know where you want to go, and how will you know when you get there?”