It Takes Two (At Least): Participant Media’s Director of Documentary Production on Creativity and Communications

Courtney Sexton is director of documentary production at Participant Media. She supports the documentary production president in managing all Participant projects in production as well as in reviewing all projects submitted to the company for consideration. While at Participant, she has been involved with such projects as The World According to Sesame Street, the Academy Award®-winning An Inconvenient Truth, Angels in the Dust, Jimmy Carter Man From Plains, Darfur Now, Chicago 10 and Standard Operating Procedure. Visit www.participantmedia.com. 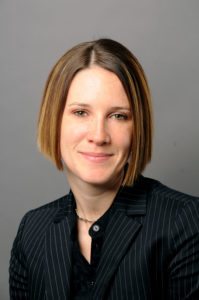 I was interested to learn that you studied political economy at the London School of Economics. Can you talk a bit about your background, your interests, and how you began working in production and media?

I think like many people I didn’t figure out what I wanted to do until I was well into my education. It took some trial and error before I realized what truly interested me and how I could make a career of it.  After the LSE, I was actually heading to law school in Washington D.C.; however, I decided in the middle of my graduate degree that I wanted to continue studying politics and social issues, but I wanted to do it in a creative way.  I had always been interested in film, so documentaries seemed like a natural way to encompass all of those interests.  I definitely didn’t know at 5 years old that I wanted to work in this field.

Fast forward through many internships on documentaries and production work in TV/movies, and I met Davis Guggenheim.  We worked together for a couple of years before moving to Participant to run the documentary division.  I was truly fortunate to find my mentor very early in my career, and he agreed to take me along for the ride.  Basically, I did not go the film school route but learned on the ground from some amazing filmmakers and executives.

What have you learned directing documentary production at Participant that would be relevant to independent filmmakers?

One of the most important skills I’ve learned at this job is how to communicate within the industry.  Filmmakers tend to speak one language that is not always the same as the financiers or distributors.  I’ve learned that there is a delicate balance between realizing a director’s vision and meeting the needs of the financial backers.

For independent filmmakers working with a company like Participant, it’s important to understand that making a film is a collaborative process.  Starting with the proposal to the premiere of the film, we are all after one goal – a successful film.  Our successes have always been with filmmakers who are open and willing to work as a team.  Likewise, we are committed to the filmmaker’s vision and the artistic integrity of the film.

In your work with filmmakers, what have you found are the most effective communication strategies, and why?

The most effective strategy is one of openness and a collaborative spirit.  It’s important for filmmakers to understand our process and have access to everyone in the company.  We try to keep an open door policy across all departments from production to marketing and so on.  This philosophy starts on day one.  We want our filmmakers to feel like they are part of our family, and that requires regular contact and availability for support.

The same holds true for filmmakers.  Our most successful films and relationships have been with filmmakers who invite us into their world.  My boss just said yesterday that no film is made by one person.  Collaboration and sharing of ideas is key to any great film.  Our most prolific filmmakers are those who share that sentiment.

As a production company, Participant isn’t neatly defined as a funder or filmmaker. What is your role in the filmmaking process? What advantages and challenges come with it?

We are a funder, but we are not filmmakers.  Each film goes through a different process, so it’s not a one size fits all approach.  For some films, we help guide the development process to writing the treatment.  On other projects, they come in completely set up, and we start by bankrolling the film.  On every project we are involved in supporting the production and working closely with the filmmakers during post.  We take a hands-on approach that most filmmakers find helpful and that is rewarding for both parties.

Unlike most companies, we also have social action, digital and marketing departments who contribute to the release and social action campaigns for our films.  We always look at each film as a creative endeavor; however, these departments work closely with the filmmakers to advance the message of the film and to secure a robust audience.

The only issue we typically run into is transitioning filmmakers from the indie world where they don’t have access to this machine.  Most filmmakers are used to making the film, fundraising, marketing and if there is any time left trying to get a social action campaign off the ground.  It takes a little convincing for filmmakers to understand we are all here to serve the film and the issue at hand.

I’m fortunate to work with all of these divisions within the company and the filmmakers.  I spend most of my time on the creative side, but it’s very much a collective effort here.

Participant emphasizes social-issue media. How do you identify filmmakers or other partners who will be a good match for your goals? What do you look for?

Projects typically start one of two ways.  One, a filmmaker comes to us with a film idea.  For example, Robby Kenner came to Participant with the idea of making a film about the industrialization of food.  We loved the idea and ultimately financed the film with our partner River Road Entertainment.  Two, we will find an issue particularly compelling, and we go out to filmmakers who might be a good match for the issue.  Typically, we prefer filmmakers to approach us because their passion for the issue is paramount to the success of the film.  You can’t hire a director to make a documentary about a subject he/she is not passionate about.  The process takes way too long for a work-for-hire situation to be effective without a true connection to the subject matter.

When looking for films or partners, we are always looking for someone who shares our creative vision for the film.  It’s icing on the cake if we find a partner who believes in the social aspect of our business.  Our partners are always willing to let us pursue our social action campaigns, but they are not always involved in the process.  On the creative end, it is imperative that we are all working to tell the most compelling stories that will hopefully find success in the theatrical marketplace and beyond.