Reel Relationships – On Risks, Respect, and Really Getting to Know Your Funder/Filmmaker Partners

Tina DiFeliciantonio is partner with Jane C. Wagner in Naked Eye Productions Ltd., which they formed in 1988. Their films range from cinema verite to impressionistic documentaries and have garnered dozens of top honors, including two Emmy Awards and the Sundance Grand Jury Prize.  They primarily make independent docs but have also produced for TLC, HBO, Sundance Channel, USA Networks, SciFi Channel and Channel 4 U.K.  Credits include “Girls Like Us”, “Culture Wars,” “Living With AIDS”, “Whiz Kids”, “Documentaries of Dissent,” “Code Blue: New Orleans,” “Walk This Way,” among others. Visit www.nakedeyeproductions.com. 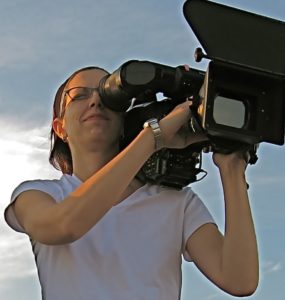 What do you think makes for a good relationship between a filmmaker and a funder?

At a minimum, there has to be mutual respect and an appreciation for what each party brings to the table. And also the risks that each party takes.

Funders take significant risks. Their resources are limited and they understandably want the biggest bang for their buck. So when I apply for funding, it’s incumbent upon me to give them a sense of how my film will be a good “investment,” how it will have an impact and further the funder’s mission. I reduce the funder’s risk by building and maintaining a good relationship with them.

Filmmakers share the risk of making a film by investing our time, resources and talent. Our professional reputation is also at stake, so we have an interest in making a successful film on time and on budget. One common source of friction is when more time and money is required—this makes funders pretty cranky! Fact is, making a powerful film sometimes costs more than we first projected, precisely because we’re following a story that changes over time. As in any relationship, it’s helpful if both parties can value one another’s perspectives.

As the archetypes in the Prenups illustrate, there’s a wide range of independent filmmakers. What most of us have in common is that we don’t work under the protections that institutions offer. We have little security and usually no safety net.

Our independence means that we have a different perspective from the mainstream media. We are intellectually and creatively nimble enough to follow a story through its ups and downs, twists and turns—and in the process we yield fresh and sometimes surprising results. So if funders desire the benefits that come with independent filmmaking, they need to support that independence—and that means understanding that most of us live rather precariously without a steady income. That’s true even for experienced filmmakers. I’ve been making films for 25 years and for just about that entire time I’ve felt as if I’m dancing on the head of an economic pin, which can be exhausting. I don’t want to sound like I’m whining because we have a choice whether or not to remain independent. But I don’t think funders think much about what it takes for filmmakers to maintain our independence. Or they think that instability is the price we should have to pay for our independence.

That’s exactly right. I encourage funders to keep in mind that they are not just funding a film—they are also investing in the filmmaker and the independent documentary community. The stories we tell and the voices we amplify are vital to a thriving democracy, especially because of media consolidation and vertical integration. And while there’s plenty of independent media that can be found on the internet, a well-crafted film that articulates a point of view on a professional level is a whole other matter. I’m hoping that funders avoid thinking of the short terms and instead support films and filmmakers holistically—to ensure a more sustainable way of making films.

Sounds like it’d be very hard to enter the field.

We need to find a way to ensure that indie filmmakers can be nurtured and that a more economically diverse pool of people can enter the field and be successful. Most of us, both funders and filmmakers, support social justice—we’re politically progressive.  Yet there is often an undercurrent of hypocrisy in terms of how indie docs are supported.  As a community, both funders and filmmakers should be honest about the fact that limited funding can create exploitation, whether intentional or not. We should all be concerned when filmmakers—not just directors but also other people on the production team—are expected to work for less than a living wage. Despite the many rewards that come along with independent filmmaking, we can’t pay our bills with awards and good reviews.

What kind of involvement do you like funders to have on your projects?

When I was much younger, Jane and I produced and directed an episode for a nonfiction public television series.  By anyone’s standards, it was a rather dysfunctional environment so we tended to wall ourselves off in order to focus on our work. We all became frustrated and tensions grew. Then a friend told me, “As filmmakers, we can’t exist alone on an island.” So I learned the benefits of being much more inclusive during the filmmaking process. Now I want the people around me—which includes funders—to participate in the process by sharing their thoughts and concerns along the way.

If filmmakers sometimes get too isolated, does the same thing happen with funders?

You bet.  Actually, I’ve had experiences with individual funders from both extremes. One very successful businessman, who was also high-tech genius, gave us a substantial amount of development money for a science film. He hooked us up with prestigious scientists and organizations, which was amazing, but he expected us to follow-up on every single lead, even though many of them weren’t applicable to the film we were making. It got to the point where he was micromanaging the budget. His attitude was basically, “I’m successful and wealthy, so I’ve got to be right about everything.” While we were grateful for his enthusiasm and generosity, he did waste a lot of our time and energy. It was like he’d say, “Jump!” and expected us to say, “How high?”  Not good.

Another wealthy funder, who also functioned as the executive producer, kept a significant distance from the project and put in place liaisons who were quite young and not experienced enough to understand the intricacies of the filmmaking process. This created a vacuum and presented challenges as the film progressed. It’s one thing to have creative friction, but ‘bureaucratic’ friction is counterproductive. That’s why the Prenups have such potential. They help filmmaker and funder learn from the experiences of others, and hopefully spark dialogues that can form the basis for a healthy creative and business relationship. I also can’t emphasize enough the importance for all parties to be pro-active, not reactive.

You’ve produced several episodes in an annual Sundance Channel series about contemporary documentary filmmakers. Who among them has had an impact on your work, and on the society at large?

I’ve learned something from all the filmmakers we’ve worked with. Agnès Varda, for example, is one of the most lyrical directors of fiction and nonfiction work I’ve had the pleasure to meet. The Gleaners and I is at once a personal film and a poetic look into the lives of people on the margins of the French economy. Michael Moore is a brilliant polemicist whose persona has made being an indie nonfiction filmmaker seem sexy, though I’m not sure his image exactly conjures up one of glamour. Lourdes Portillo has plumbed the depths of some very important stories, such as the rape and murder of hundreds of young women in Juarez, Mexico in her film Señorita Extraviada. Their films have had significant social impact, which demonstrates that there are multiple ways to approach storytelling.  Funders have a goldmine of talent from which to choose. On the other hand, filmmakers have fewer and fewer funding sources that have less and less money in their coffers. It’s up to all of us to create and maintain healthy funder-filmmaker relationships so that our work can be powerful, and respectful to the film’s participants, its makers, the funders and the audience.