Relationships in a Time of Flux 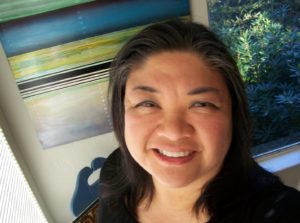 You’re a veteran in public media world. Are you seeing more collaboration these days, and what are the implications of that?

I do see more collaboration, and I see it starting earlier in the production process. For example, we funded a series on juvenile cancer, called “A Lion in the House,” by Steven Bognar and Julia Reichert. It’s about five families and their children who go through cancer. The filmmakers partnered with numerous foundations and organizations before production even began to start designing an engagement campaign. In this case, the engagement campaign wasn’t something they did only after the broadcast; it was all the relationships they built before, during and after production, and how they put those relationships to use for kids who have cancer and their families. One thing I like about the Prenups is that they not only enable filmmakers and grantmakers to start off on the right foot, but also to think about how they can work together throughout the process to achieve the impact they both want.

How has the digital revolution affected the kind of impact that funders and filmmakers can expect to have? And how has it affected how you operate at ITVS?

There have been so many changes in the digital media landscape in the last few years, and we’ve tried to stay current on those. We’re launching an initiative to work with filmmakers who have projects in production, we’re giving them additional money to do social networking around their film, or produce a short “making-of” piece about the film. The idea is to educate filmmakers about online distribution, and to give them the support they need to get their feet wet. That way, if they decide to go further with online distribution, they’ll have had a little experience and will be ready for the next step. There are no hard-and-fast rules about digital rights just yet, because things are still so in flux. But there is more clarity now about what we as a funder want in terms of rights, and what we can give filmmakers. There again, the Prenups pose some important questions for funders and filmmakers to talk about with regard to digital rights and licensing.

As a public funder of media, ITVS not only wants to serve the filmmakers, but has a mandate to serve the public as well.

That’s right. It’s a pleasure and an honor to work with talent, that’s our bread and butter. But the goal is also to make these films accessible to the public—there’s a democratic principle behind that. There are choices and negotiations that have to happen there. We had a recent pitch from a filmmaker named Gideon Koppel, who directed a film called “Sleep Furiously,” about farm life in Wales. We watched it, it was wonderful. Very long shots, like five minutes of a dog sitting and waiting for a truck to leave. I grew up on that kind of film, and I love it. But if you’re in television, that’s just anathema; there are certain rules, you have to grab people’s attention, otherwise they might flip out or flip away to a different channel. But on the other hand this film was so creatively exciting, I could imagine it being broadcast on “Independent Lens,” and doing an engagement campaign to educate audiences. The question is, do we take a chance on it? That encapsulates all the dilemmas about serving your audiences and serving a talented filmmaker’s creative vision. It’s a difficult process, and sometimes we need guides to help us along that road.