Jan Jaffe is Project Leader of GrantCraft, a project of the Ford Foundation that provides practical wisdom for grantmakers. GrantCraft has distilled the strategies and stories of hundreds of grantmakers into guides, videos, workshops and other tools. Visit www.grantcraft.org. 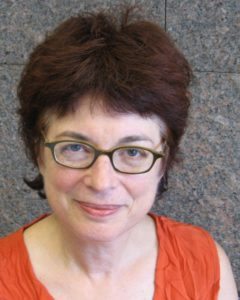 What gets in the way of grantmakers and grantees—filmmakers in this case—from having a conversation before they embark on a partnership?

Filmmakers have a craft, a way of working and understanding the work that is ‘in them’ but not in the proposal. And grantmakers have a craft, a way of working and understanding their work that is implicit knowledge but not stated as foundation operating principles. When we get together to talk about a proposal and are trying to understand whether we are on the same page about ‘what’ we want to do, we assume that there is a shared understanding about how we’ll do it.  So we appropriately spend a lot of time on the idea, but less on the execution. What I like about the Prenups is that they are a reminder to get that “other” conversation going, to make the implicit explicit, to explore the basic assumptions about how we’ll relate to each other now that we are in love, and before the grant is made or the “knot is tied.”

Some filmmakers I’ve spoken with are reluctant to explore these issues—editorial control, copyright ownership, and so on—with grantmakers who are new to funding media. They’re concerned that the Prenups will give funders ideas about kinds of control they might have over a film. And therefore the filmmakers will lose their independence.

This may seem counterintuitive but it rarely works to fly under the radar screen when a lot is at risk. Here’s why: when the work task is complex or new to one or both partners, there will be some surprise or something will go in an unexpected direction. That’s just in the nature of the beast. I haven’t funded film, but there have been times when I’ve had concerns about whether a grantee had the ability to do something, or whether we were actually talking about the same thing. When I was a less experienced grantmaker, sometimes I felt awkward putting that out, because there were all these “power issues,” and I had deep respect for the other person; or I just really wanted this project to happen and was worried that it might not if I raised difficult issues. Usually those unsaid thoughts came back to haunt me [if I didn’t talk about them]. If from the very beginning you’ve set a tone where people don’t talk candidly, it carries over to the project. We all know that those kinds of relationships don’t last, they have this built-in immaturity that can’t weather any storms. And even if it works, it’s unlikely that it will happen again.

Grantmakers have the power of money and their institutions. What kinds of power do filmmakers have in relation to grantmakers?

If a grantmaker wants to do something and needs the expertise of the grantee to do it, there’s power in that. Also, the filmmaker knows the process of making a film. There’s something very generous and generative about sharing the process—on both sides. For the filmmaker to sit down and say, “Let me talk to you about my experience of this process, and where I see there could be some sticky points.” That’s a powerful role to be in. And the same thing is true for the grantmaker. The grantmaker could say, “Look, we’re hoping to find this kind of message, or we’re looking for something that could be done by X date, and I realize that there are lots of unforeseens here, but let’s talk about what we’re going to do if we can’t get to those places.”

Grantmakers are individuals with their own experiences and knowledge and tastes. But they’re also representatives of their institutions, which have guidelines and rules. What might you say to filmmakers about relating to grantmakers on both these levels?

Early in my career, Franklin Thomas [then-President of the Ford Foundation] shared a wonderful article with me written by Michael Hooker about the importance and difficulty of staying in role to do one’s task well. [Michael Hooker, “Moral Values and Private Philanthropy,” available at www.grantcraft.org/pdfs/articletwo.pdf.] That led me on a long journey that you might call, “What’s Role Got To Do With It?” When you’re talking to program officers about a proposal—no matter how much you like them, no matter how close you feel to them—if they are on task, they are analyzing and understanding the project in the context of their institution. Forgetting that is a mistake, on either side. That doesn’t have to drive out creativity, passion or caring relationships. Sometimes it’s important to explicitly clarify expectations with each other. For example a grantseeker could say, “I know you love this kind of work, and I trust your judgment, and I’m asking you to think about this with me,” or “I’m pitching this idea that I hope your foundation will fund, and I know you’re wearing your analyst hat.” As opposed to putting them in the awkward position of saying, “You’re a filmmaker, too, and we’re good friends from way back when.” I think program officers have an obligation to clarify their role in moments when there is ambiguity that could lead to confusion as well.

Are there any documentaries that have had a big impact on you?

Agnes Varda’s film The Gleaners and I has had a profound impact on me. It’s about the notion of the commons and sharing wealth, and the limitations and possibilities of that. It’s a social statement and at the same time it is a generous sharing of her reflection on what it means to get older. It is such a layered commentary about change that it activates all parts of me to examine society and myself at the same time and that is what makes it so powerful. I watch that film at least once a year.