In 2008, the newly minted Skoll Foundation was breaking new ground and raising some eyebrows. Lacking the baggage of traditional grantmaking, they were forging partnerships with producer-directors, media outlets, film institutes, and public broadcasting, guided by their own entrepreneurial thinking, ingenuity, and language. In many cases, Skoll was writing the book as they grew.

Yet Skoll’s leadership had important questions that were already on the minds of other foundations, mediamakers, journalism ethicists, media watchers, etc. Four prolific years into its media investments, Skoll conducted a 360-degree scan of its practice, perceptions, impact, and future options. As part of this process, Skoll asked AV Lab to support a subjective, analytical look at their model through a series of strategic conversations and professional reflection.  At that important juncture, engaging an “insider” who also cares about the intersection between philanthropy and media was a critically timed step toward alliance building, portfolio definition, and strategy development.

Ellen Schneider helped to place Skoll’s efforts in an historic context of how social-issue media content has conventionally been supported and shaped. She spoke to the filmmakers, radio producers, and public television executives Skoll had funded, and arranged meetings with a number of media funding colleagues with whom Skoll could both share their strategy/work-to-date and learn from. In doing so, both Skoll and Active Voice Lab took a sharper look at the opportunities and challenges inherent in these rapidly emerging relationships.

One enduring outcome for both Skoll and Active Voice Lab was the clarification of the inverted degree of control over content that any foundation can expect to exert. (It was no coincidence that this research coincided with the development of The Prenups.) Simply put, content that resonates for wide audiences should be created independently by talented storytellers, journalists, and filmmakers. Typically, a funder has little influence over the shape and content of these stories, but can leverage them to raise awareness of an issue and perhaps inspire some people to get more involved. The narrower the audience — such as potential investors, policy makers, and key partners — the more control a funder can have in the creation and repurposing of content. 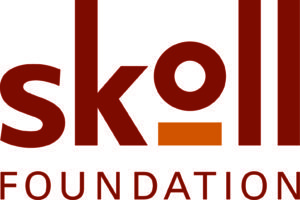 "Active Voice Lab helped us put our early work into a larger strategic context, which set the stage for growth and collaboration and remains relevant to this day."