Films today have multiple outlets, from suburban multiplexes to smart phones and many screens in between. That’s good news for filmmakers and their allies. But the flip side is that these outlets exude a dizzying amount of content that vies for people’s limited attention and time.

A powerful film should have the widest possible exposure and reach, but that doesn’t mean that it should be streamed online as soon as it’s completed. Quite the contrary! A smarter approach is often a cone-shaped rollout, moving from allies and “elites” to ever-broader audiences.

Taking an audit of distribution platforms and thinking carefully about how your film can progressively leverage them, making an impact through each channel, can save time and money while strengthening your strategy.

The Megaphone is highly customizable. For example, let’s say your film about a maverick teacher is under theatrical-length or unlikely to find a theatrical distributor. But, for obvious reasons, you want to engage Beyond the Choir audiences before your film becomes widely used and “branded” by the school reform movement. What kinds of partners or programs might offer that kind of exposure, and how would you optimize it?

Also note the important yellow strip at the underside of the Megaphone: this contains all the companion resources and versions that will make your film relevant, user-friendly, and accessible for years after those initial “thought leader” screenings. 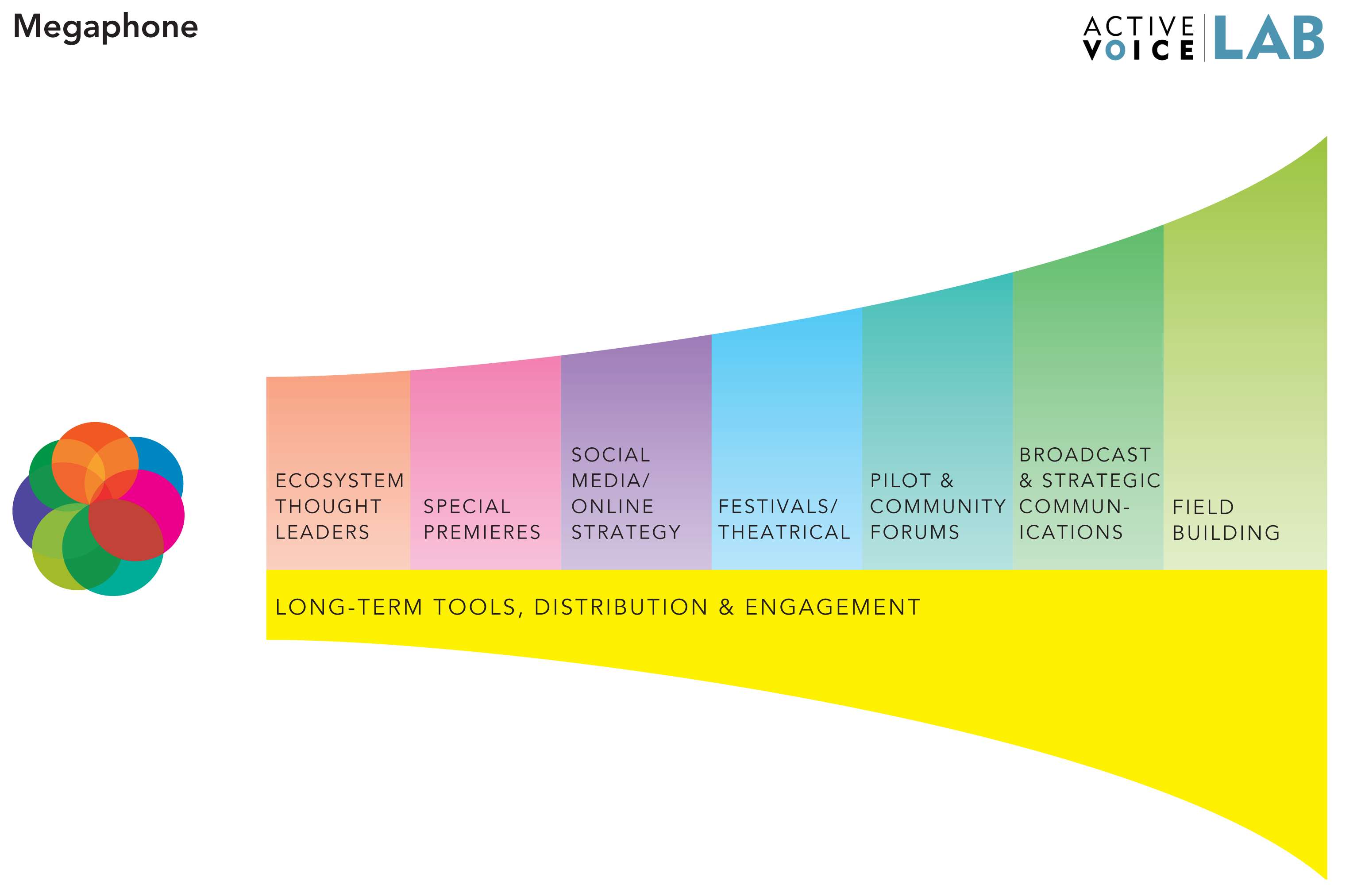