Issues are backdrops, even characters, in Wheelbarrows. Viewers are more likely to be carried away by the plot, theme, setting, and relationships between protagonists and antagonists than by a particular social problem.

There are no issue experts in Wheelbarrows, and since they’re primarily about people on some type of personal journey, they rarely present program-based solutions or explicit calls to action. Indeed, Wheelbarrow makers are often motivated by storytelling, rather than direct activism. Through strong dramatic structure, Wheelbarrows can place complex social problems in an accessible, human, and ideally mainstream context.

• Focus primarily on the social problem, or even the solution
• Preach or hit viewers over the head with a policy message (See Add a Metaphor: Sledgehammers)
• Include interviews that disrupt viewers’ connection to the central, character-based plot
• Feature data or a broader sociopolitical context (imagine if slides from the CDC were dropped into Participant Media’s prescient film Contagion)

Strengths: Let’s face it: Many people want to just be entertained by, or even immersed in, a drama, comedy, biography, or other narrative. By whisking us away, Wheelbarrows can get us hooked on a compelling storyline that has subtle or secondary connections to a social issue. Although Wheelbarrows stand on their own, they can also be framed to help audiences understand solutions to the social problem embedded in the story. They can attract wider audiences than other stories do, especially if they feature celebrities, romance, crushing conflict, or other cultural icons.

Wheelbarrows are great for:

• Attracting beyond the choir viewers who came to be entertained or transported and who might think about the protagonists in a new, more empathetic, and informed way
• At nontheatrical events, introducing the human side of an issue to audiences who previously didn’t think it concerned them and offering resources to those who want to learn more
• Inspiring reviewers and cultural critics to echo the issue-based subtext of the story
• Through social media, film clubs, and online forums, helping aligned organizations link their cause to the characters and the story

• “I wonder if lots of people actually get deported. I need to find out.”
• “That film made me weep. I had no idea I would care so much about that character.”
• “I thought it was hopeless, until the ending.”

How Do We Know If Wheelbarrows Are Making a Difference? 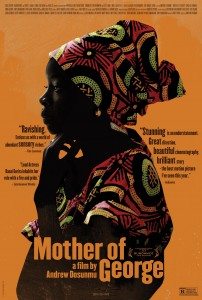 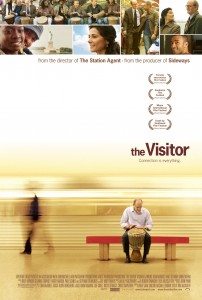