Photo by CafeCredit under CC 2.0

Tools for Productive Partnerships Among Creatives, Changemakers, and Funders 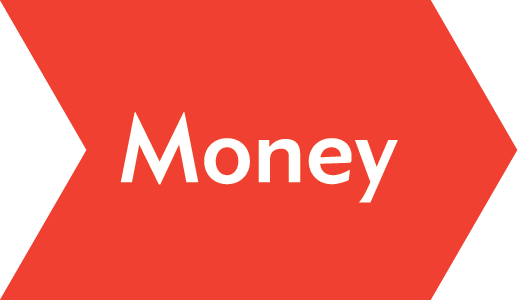 Who’s Paying for What?

Creatives and change-makers have a lot in common; they’re usually passionate, often risk-takers, and frequently strapped for money. To top it off, when they’re deep into a mission-driven project, few of them like to talk about finances. (And, in our experience, women seem to have a harder time with this than men.)

This is a problem. As one producer said, “It doesn’t feel right to charge a grassroots organizer to use my film. After all, they’re on the front lines of really lifesaving work, and I’m in an editing room. But if I don’t, I’m probably never going to be able to get out of the debt I’m now in, much less make more films.” So what happens? “I usually give it away.”

But here’s the thing: all creative content comes from somewhere. That might not be obvious in our media-saturated environment, where screens are constantly glowing with fast-moving images. The reality is that compelling, strategic storytelling — the gems that social-change-minded creatives produce — takes time and talent.

Talk about money early and candidly. Here are some components that deserve proactive discussion.

Funding: Where is the money coming from? see prompts +

Will we exchange any money, how, and why?Will the creative be compensated for the advocate’s use of their work?Will their time be compensated for and expenses covered if they are expected to participate in events?Will the advocate be compensated for the time and expenses for hosting events, exhibition, etc.?In either case, how will that deal be designed, and what are the terms? (See Ownership and Copyright, below.) If no money will change hands, what other terms or expectations are in play?Is the advocate using money from their own budget, and if so, is there anything about that others should know (for example, reporting)?If other funders are involved in the project, how do their requirements relate to or conflict with the present funder’s requirements?If additional funds need to be raised to complete the film, whose responsibility is this and what is the strategy? What happens if a new funder has conditions attached to the project? Are there conflicting considerations about who is given what credit?In addition to monetary compensation, are there other ways funders and change-makers can support the creative’s (often unpredictable) business model? (For example, by linking to distributor’s website, encouraging others in their field to rent or purchase the work, etc.)

Ownership, Copyright & Licenses: Who Gets to Do What?

In this section, we focus on work that formally “belongs” to someone: the creative who produced it, the change-maker who incorporates it into their efforts (and who may have provided creative input) or some other configuration.

Filmmakers also have distribution deals that generate revenue, which is critical for a financially sustainable career. Oftentimes, the goals of distributors and engagement partners or funders are at odds. Funders might consider allocating funds for screenings. Some questions to consider:

Distribution: Who Will See the Creative Work, and How?

When it comes to using creative work to support social change, distribution is an art form, too. Creatives and change-makers should take some time to discuss not just how the work will be used to support engagement and advocacy, but all the other platforms, promises, and opportunities that the creative has in mind — or in writing. (See “Make a Distribution Plan and Wish-list”)

Derivatives: What About Different Versions?

The feature length documentary The Hand that Feeds, directed by Rachel Lears and Robin Blotnick comes in two lengths; in English, Spanish and bi-lingual versions; and offers a special license for labor unions. The team also adapted a seven-minute version for The New York Times Op Doc. Advocacy groups around the country are selecting the versions that work for them.  Exposure Lab, producers of Chasing Coral, also created short social media videos derived from their extensive underwater footage and now offer a companion VR experience. And why not? From a change-maker’s perspective, the more that creative content can be leveraged for movement-building, the better. Here are some issues to consider in creating an agreement:

Some life partners co-mingle their funds, others keep them firmly separated. Sometimes they can be hard to differentiate! But when creatives and change-makers get together, it matters who pays for what. This is particularly important when they seek grants jointly, or if the creative has a subcontract with the advocate. Some issues to toss around include:

For creatives and change-makers alike, it might seem awkward or discouraging to raise issues of ownership, time allocations, and metrics when you’re all trying to make the world a better place. (For those who are seeking alternatives to our market-dominated system, it could feel downright contradictory!) That said, our How Do We Know Network agreed that being proactive about these conversations before anything goes wrong can help prevent misunderstandings. Our experience is this: as change-makers and creatives come to know more about each other, talking about nuts-and-bolts issues such as money or access becomes less fraught.

Creatives and change-makers should take some time to discuss where the work will be shown and why. In order to avoid conflict, a distribution plan, even one that changes over time, is a smart investment. For example, a creative may find prestige in a theatrical release, whereas an advocate may want mobilize audiences more quickly. Some partners might not want to upload content onto YouTube as soon as final touches are made, on the thinking that some audiences will pay more attention if they experience the content in another context. Or maybe wide online distribution is the highest priority. Whatever the case, a plan will help clarify these decisions.

Thanks to our generous funders!

Whew, you survived the MONEY discussion, and you probably have a lot of questions about next steps. That’s where MOBILITY comes in. What will happen when plans change due to new variables, opportunities, and more?

See The Prenups, the prequel