Can an ecosystem help a “missing story” come to life and help launch a movement?

Sometimes, the story needed to spark dialogue on an issue just isn’t there. Shelbyville Multimedia– Active Voice Lab’s landmark transmedia project — was created in response to a need for a new kind of story on immigration. This project, developed in 2007, combined the immigration issue expertise of AV Lab’s predecessor, Active Voice, our passion for intimate storytelling, our commitment to reach beyond the choir, our Prenups recommendations, and most importantly, our “ecosystem of change” model. Shelbyville Multimedia introduces the cast of Welcome to Shelbyville, a handful of straight-talking people in rural Tennessee who are taking immigration into their own hands — by welcoming newcomers.

Although the original vision was a web-only series of short films that would follow a diverse group of residents in a small, demographically changing town, by 2009 the idea mushroomed into:

History of the Project: A New Chapter in America’s Story. Since 2002, Active Voice has been creating engagement campaigns around the stories of immigrants and refugees in the United States. These compelling stories became the core of Active Voice’s Global Lives Initiative, our response to often explosive situations in communities facing demographic change. As the years went by, however, immigration remained a hot-button topic and the public discourse became increasingly shrill. Public policy reform efforts stalled and moderate voices were rarely heard. In early 2008, AV Lab convened meetings with Active Voice’s long term allies and communication strategists and asked what story could help pave the way for more solution-based community engagement around immigration in the upcoming decade. Their answer: Find a story about a community pushing past the conflict and finding ways to deliberately integrate immigrants and refugees. 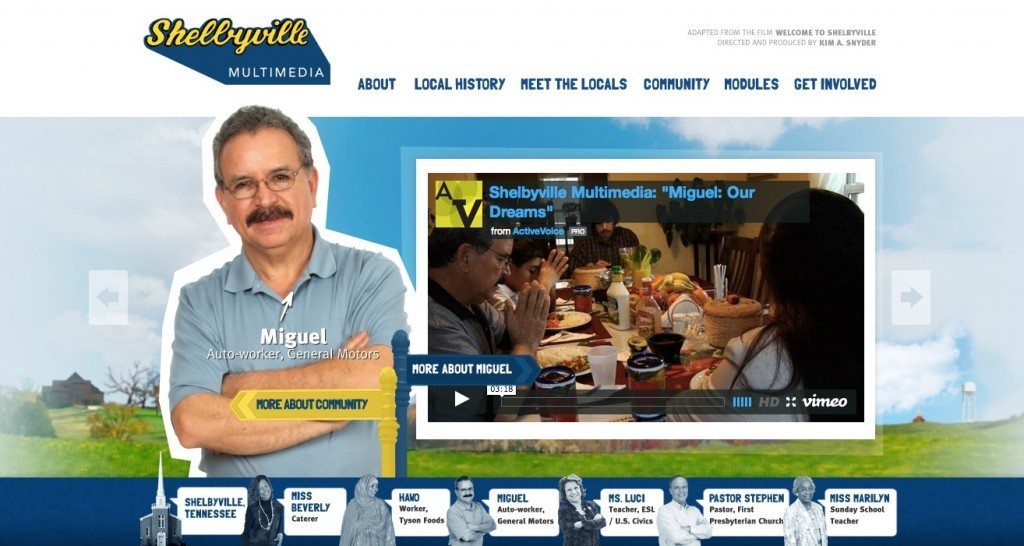 Next Stop: Shelbyville, Tennessee. We looked for such a film — completed, in production, in development, in its earliest talking stage — to fill that need. We found none. So AV Lab launched an initiative to create media — at that point, a humble series of short webisodes — that could build awareness of successful immigrant integration. Among our initial “thought” partners were Brookings Institution, Grantmakers Concerned about Immigrants and Refugees, Migration Policy Institute, Opportunity Agenda, and Unbound Philanthropy. With their help, we found a remarkable subject: Shelbyville, Tennessee.

The town had been the site of Civil Rights struggles in the 1950s and ’60s. Latinos moved in to work in the chicken processing industry in later years, and most recently, it became the new home of a wave of Somali refugees — whom few locals understood. We reconnected with Welcoming America, who in turn introduced us to a small group of “welcoming” ambassadors who were helping Somalis get settled in Shelbyville. 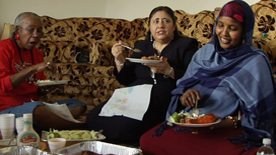 A Filmmaker’s Eye. At that we point, we realized we needed a production company to bring the idea to life. We sought a partnership with award-winning filmmaker and BeCause Foundation Co-founder Kim A. Snyder and encouraged her to visit Shelbyville. Snyder liked what she saw and Active Voice entered into a multimedia production arrangement with the BeCause Foundation. For 10 months, starting on the eve of the 2008 election, Snyder followed the intertwining lives of people in the town: a Somali nurse and math teacher-cum-meatpacker, a white reporter, a fifth-generation African American Shelbyviller, an established Mexican immigrant, a Latina ESL teacher, and a host of others with deep and tangled roots in the Bible Belt.

Snyder directed, produced, and retained creative control of what had expanded to become an hour-long documentary, Welcome to Shelbyville (which aired on ITVS’ Independent Lens on May 24, 2011), but the production process was interactive. Active Voice kept key advisors involved — from start to finish — who filled in the background on issues, opened doors to new allies, and gave feedback on the work-in-progress. And while Snyder was finishing the documentary, Active Voice guided a small team of producers and editors through the creation of webisodes, the website and video modules that would prompt dialogue, civic participation, and interactivity far and wide.

Obviously, an endeavor with this many facets requires a huge team effort. The Ford Foundation’s support to Active Voice was invaluable throughout the process. Subsequent grants from the Fledgling Fund, Carnegie Corporation of New York, Unbound Philanthropy, and Andrus Family Fund helped us take the story online, to policy forums, and into community settings. And throughout 2011-2012, support from the MacArthur Foundation helped us track our metrics and impact.

Combined, Shelbyville Multimedia was designed to engage audiences beyond the choir, share best practices on immigrant integration, and strengthen and replicate Welcoming America programs in receptive communities nationwide. Now, years after Active Voice Lab first assembled an “ecosystem” of funders, policy experts, a filmmaker, and grassroots organizers together, America’s new welcoming story is no longer “missing.” Welcoming America, libraries, and even business groups continue to look to Shelbyville Multimedia to help spark essential dialogue and action in cities, towns, and rural areas around the country. As David Lubell, executive director of Welcoming America put it: “This film is a game-changer.” 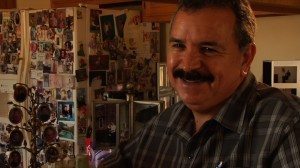 For more information about AV’s work with Welcome to Shelbyville, visit the campaign page in the AV archive. 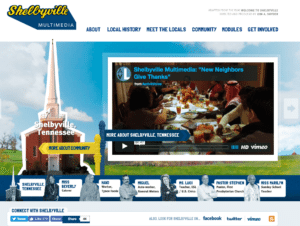 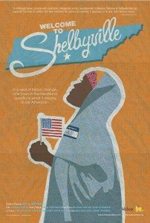 Read more about AV's work with WELCOME TO SHELBYVILLE