Trust Issues: Staying True to Your Story Without Burning Bridges

Jack Walsh is an independent filmmaker and a former public television producer. Currently, he is Co-Director of the National Alliance for Media Arts and Culture (NAMAC), a service organization whose mission is to foster and fortify the culture and business of independent media arts. Visit www.namac.org. 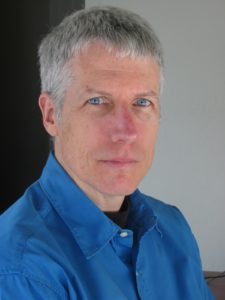 You’re an advocate for filmmakers, and a filmmaker yourself. Have you ever had to negotiate with a funder over a creative difference?

I’m a big believer in the idea that you follow the story, and if the story changes, you stick with it. It shouldn’t be to fulfill the goals of the funders or any underwriter unless that’s specified in advance. As I see it, one of the values of the Prenups is that it helps both funders and filmmakers specify from the get-go what their expectations are, and who plays what role. I executive produced a film called “Girl Trouble,” which followed four “at-risk” girls in San Francisco for four years. We had a short demonstration reel that we used to pitch the project to foundations. One prospective funder of the film called me and said, “We really like the story and the characters in the reel, but we can’t get behind the title.” I told him that the girls in the program had come up with the title, not the filmmakers, and that the whole idea was to involve the girls in the creation of the film. He said, “We just couldn’t fund something with a title like this.” The film’s directors decided to keep the title, wanting, as I did, to honor the girls’ involvement. We felt we had to be true to our subjects, whether it’s in following their story, or sticking with a title they give us. Even if that meant risking some potential sources of money. That’s my own personal opinion. But everybody’s situation is different.

Your trust with the film’s subjects was primary.

Exactly. And I would add that, for me, the relationship that I develop with audiences is also important. I worked on the “Living Room Festival” on KQED—an independent film series for San Francisco’s PBS affiliate—and if there’s one thing that working in television demonstrated to me, it was that people are much more open to seeing complex films than a lot of funders and television programmers give them credit for. I produced a film called “Screaming Queens,” co-directed by Susan Stryker and Victor Silverman, about a riot by transgendered people at a cafeteria in San Francisco’s Tenderloin district in 1966. This happened three years before the Stonewall riots in New York City, which are commonly seen as the birth of the modern gay rights movement. One of the subjects of that film was a police officer, who, it turns out, ends up being rather heroic, because he came to understand the needs of this very marginalized community. One funder argued that we hadn’t made that character sympathetic early enough in the film. We had an interesting back-and-forth about this issue with the funder. We didn’t want to condescend to the audience by knocking them over the head with this, inserting a little pop-up sign over the cop’s face that said “sympathetic character!” Audiences like to figure stuff out for themselves, it gets them more involved in a film.

You’ve said that trust is an issue in regards to a film’s subjects, and its audiences. What about funders? Do you have to build trust with them?

Without a doubt, yes. You can negotiate a contract to within an inch of your life and try to account for every contingency, but in the end it’s really about developing a good relationship between the two parties. A good relationship is built partly on experience between a given funder and a given filmmaker, as they get to know each other. Part of it is built on instinct, which also develops over time. And part of it is  to know what questions to ask each other and how to communicate. That’s another reason I love the Prenups—it illuminates what you’ve got to talk about to make a good relationship.

Any other advice for funders?

Like any relationship, this is a two-way street. Many filmmakers already do research into funder guidelines. Filmmakers could stand to learn more about the relationships these funders want with work they support.  I’ll leave it to funders to talk about that. But I think funders who are new to media funding should learn about filmmaking, or at least enough to know how to make good decisions about what to fund and who to work with. One way for funders to get educated is to watch films they like, and talk with the filmmakers—ask them questions about why they made particular choices, what obstacle did they encounter in telling their story. It’s best if that’s done completely outside the funding cycle, so there’s not the same kind of pressure. It may also be helpful to review media grant proposals submitted to another funder, so that you can understand how creators approach a topic and how that funder makes decisions. Funders tend to be shy about investing in media, and at this moment film and digital media are the vehicle to communicate most of their messages. I hope the Prenups encourage more of them to get involved.